The Lumia 1520 comes with a policarbonate unibody design, pretty familiar to the Lumia owners, which recalls the pillow-shaped Lumia 720, with rounded front and straight corners. It feels sturdy in the hand, with no creaks, and definitely looks built to last.

Measuring 162.8×85.4×8.7mm, one hand usability is almost impossible, so the 1520 clearly is not for everyone; it is aimed towards those who want a phablet or a mini-tablet with call capability, a large screen and a great office suite. The 209g weight is considerable, but it’s well-balanced in the hand.

The front is dominated by the Gorilla Glass-protected 6″ IPS ClearBlack display, with balanced colours and deep blacks (color temperature can be adjusted, though) – it’s fully enjoyable even under direct sunlight; the 1920x1080p definition makes it impossible for you to see any kind of pixelation and the side view is insanely wide.

Beneath the display the are the three classic Windows Phone backlit capacitive keys. On the right side we find the volume rocker, the power button and the camera shutter; on the left side two trays for the nanoSIM and the microSD expansion (finally found on a higher-end Lumia). On the back, a bump hosts the 20 megapixel sensor which comes with a dual LED flash and a couple of noise-reduction mics – the speaker grill is located further down.

Under the hood, the 1520 is powered by a Qualcomm Snapdragon 800 clocked at 2.2 GHz, an Adreno 330 GPU, 2 GB of RAM and 32GB of internal storage. Usual top-notch connectivity, with LTE, HSPA+, GSM, Wi-Fi dual band a/b/g/n/ac and NFC; Nokia was able to build-in the wireless charging and keep the thickness within 8.7mm.

The 1520 has a 20 megapixel sensor with 6 ZEISS lenses, OIS and Pureview. As you can see from my Flickr set, the results are great: digital noise is reduced in low-light situations and macros are just stunning. Nokia Camera has a numerous amount of settings and the built-in Smart features some nice enhancements; with the Refocus app you are even able to re-adjust the focus after taking a photo. 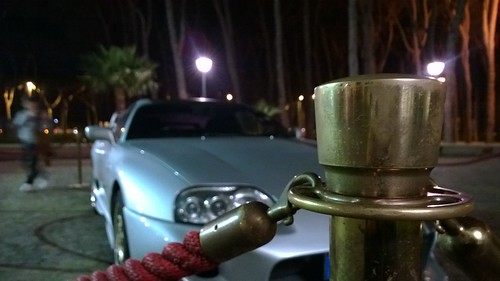 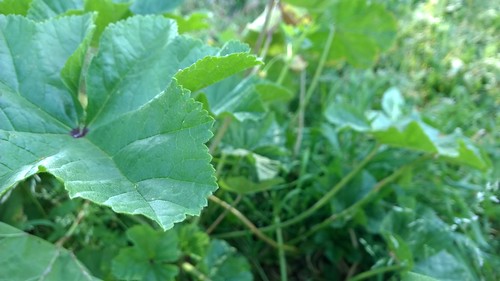 This phablet can take up to 1080p @ 30fps videos, the OIS does a great job there, but in low-lighting situations the sensor struggles a bit. The four Rich Recording microphones are worth mentioning, as they can take clear audio even in noisiest environments; you can tweak the low-pass filter as well.

Reception is good, as you may expect from a Nokia, but in gray areas it struggles to keep the 3G signal, although it’s quick to regain connectivity. The internal speaker is clear; it cracks at the loudest volume, but it seems to be only a mechanical behavior—lowering the volume a bit, the audio once again becomes crisp. The loudspeaker is unfortunately rear-mounted and it shares the same flaw of other such speakers — sound gets muffled on a soft surface. All in all it’s quite loud, though it lacks bass.

The 3400mAh battery is capable enough to last you through a day and a half of moderate-heavy usage. If you’re looking for a long-lasting device, this is the first Lumia you will not be disappointed with.

We all know that Windows Phones do not require high specs to run smoothly, so on this kind of hardware it is sleeker than it has ever been before; apps load in no time and even power-demanding games (such as Asphalt 8 or Fifa 2014) do not show any hesitation. Browsing the web on this huge screen is a pleasure and its definition makes even the smallest fonts look incredibly sharp. The additional row of tiles on the home screen makes sense, with all of your notifications available at a glance.

Regrettably, though, this is one of the few areas in which the OS takes advantage of its large screen; OK, we can see a couple of extra rows of emails, messages and contacts, but the keyboard does not look optimized for a display this large, taking up almost half of the screen, with no options for split-screen (which would have made sense here) or split-view on emails (on an otherwise excellent client).

Speaking of Nokia apps, we have the usual behemoth amount from the Finnish (until the end of April) manufacturer; we find OS customizations, such as the Glance screen, DTS drivers and equalizer and the HERE suite which is the best navigation solution out there — using off-line Drive+ or checking the next bus arrival with Transit is satisfying, even thanks to the fast-fixing GPS/GLONASS antenna.

Along with the well-known Nokia imaging apps, a special mention also goes to MixRadio; with free of charge off-line playlists and an accurate engine, it is more than a simply alternative to Spotify for the WP platform.

The 1520 is, as I said, not for everyone, but if you can live with (or, better yet, if you are looking for) a 6-incher in your pocket (or in your jacket, your bag….) then this is one of the best choices out there, and with the integrated Office apps it is a productivity powerhouse. Finally, the hardware internals could challenge even those of Android flagships.

A smaller-sized phone with all these goodies would make for one of the most interesting innovations of 2014 — will Nokia’s forthcoming phone be able to accomplish this?